You are here: Home › Now I Lay Me Down “It’s one thing to willingly bow our heads and hearts. But it’s something else again to be humbled.” ~ It’s Good to Be Queen

This chapter was originally titled “It’s Good to Be Humble,” until I realized Sheba didn’t arrive with an attitude of humility—and I seldom show up with one either.

Humility doesn’t come naturally to most of us, let alone to a queen. Even so, God humbled our Sheba by gently putting her in her place—on her knees, with her pride in tatters and her breath stolen and her eyes lifted up.

That’s where we belong as well, beloved.
Let’s see how she got there.

When the queen of Sheba
saw all the wisdom of Solomon
and the palace he had built,
the food on his table,
the seating of his officials,
the attending servants in their robes,
his cupbearers,
and the burnt offerings he made
at the temple of the Lord,
she was overwhelmed.
1 Kings 10:4–5

Quite a list. Solomon displayed his wisdom not only by answering every one of Sheba’s questions but also by inviting her to view his architectural feats. And his lavish meals. And his impressive court.

Still, it was Solomon’s worship that really blew Sheba’s mind. A king, paying homage to an unseen God! No wonder she was “overcome” (AMP), and so utterly “amazed” (NCV) that no “breath” (OJB) remained in her body.

If you can’t breathe, you can’t talk, meaning our queen was also speechless.

One rainy spring I lost my voice for an entire week, thanks to a bad case of laryngitis. I was shocked (and a little dismayed) at how smoothly the world functioned without my constant verbal input.

People made decisions on their own. Conversations rolled on without me. I was seen but not heard. Present but not included.

It was hard. But mostly, it was humbling. Turns out, that’s a good thing.

From a lower posture we’re forced to look up—beyond this world and all its trappings—so we can see “the One who sits enthroned on high” (Psalm 113:5). When we’re on our knees, pressed there by God’s loving hand, we finally grasp the superior Intelligence we are dealing with: the One who says, “As the heavens are higher than the earth, so are My ways higher than your ways and My thoughts than your thoughts” (Isaiah 55:9).

It’s not about putting ourselves down, which is often false humility in action. It’s about stepping down. Out of the limelight, so His light is all people see.

I’ll quickly share my answer to one of our Study Guide questions, then I’d love to hear from you, my sister. In 1 Peter 5:5 we’re directed to clothe ourselves with humility toward one another, and Galatians 3:26-27 says believers have been clothed with Christ. How can we put on humility like a garment?

Since clothes are something you can see and touch, wouldn’t it be grand to wrap ourselves in Christ’s humility, such that people glorified God, not us? Then touch others so gently that they sensed Christ’s presence, not ours?

With all my heart, sisters, this is who I long to be. But as a woman who is happy to take credit for things, who welcomes applause, who enjoys recognition, I know my garment of humility is more like a coat of many colors—bright, loud, and hard to ignore.

Here’s what I’ve learned this week: God isn’t asking me to wear colorless browns and grays (thank you, Father). He’s asking me to…

Really, that’s it. Those three things. If I shorten them to single words—Listen. Look. Think.—maybe I could mentally write them across my clothing as I get dressed each morning. Because this humility business? It’s an all-day, every-day thing. It’s meant to be second nature—His nature—visible and tangible in us. 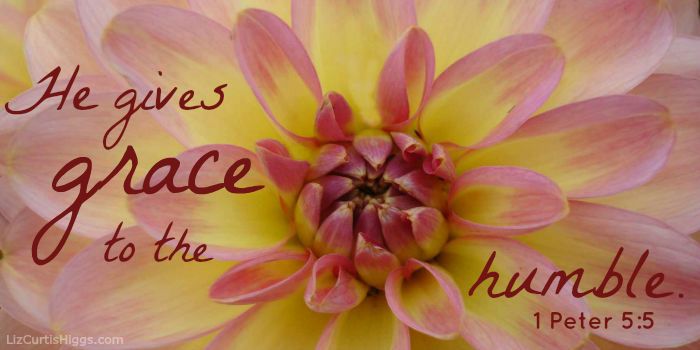 How would you finish, “It’s good to be humbled because ________”? Please share your thoughts below, so we can encourage one another. 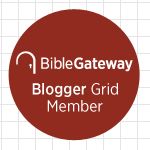 P.S. Why not pop over to Vimeo for my brief, free video teaching of Chapter Four? You might also enjoy our queen’s Shebalicious Pinterest board. And here’s this week’s humbling digital wallpaper for your smart phone or tablet, to remind you that it’s good to be humbled!

54 Responses to Now I Lay Me Down